The main speaker was Thomas Canton, Chief Revenue Officer of AirDNA.  AirDNA is the world’s largest short-term lease data collector, as it collects daily all bookings and prices from over 5,000,000 properties registered with Airbnb and HomeAway, and will soon collect data from Booking.com.

During his speech, Mr Caton revealed some very important facts about short-term leasing in Greece, which show significant changes in measured data such as occupancy and the average price per region; elements very important for hosts who are interested in maintaining or increasing their income.

As seen in the table below, in Athens most of the short-term leases are quantified in the Athens Triangle with the Year over Year Listing Growth reaching 41%, but only a 2% increase in the revenue per Active Rental Growth, which is the highest in comparison to other areas of Athens. In particular, Patisia has far fewer active listings, with a 100% increase in the number of entries in 2018 compared to 2017 but with a decrease of 12% in Revenue per Active Rental Growth.

The largest RevPAR (Revenue per Active Rental) in the past two years is in Gazi with 6%.

Looking at the following table, Zappeio comes first with € 58.00 per night on Avg Daily RevPAR, followed by Acropolis with € 54.27 per night, and third is Athens’ Commercial Triangle with € 52.58 per night.

In the chart below we see how many days prior to the trip, a guest makes a reservation. During the summer season, the average is 57 days prior to booking, which is the highest, compared to the rest of the year when a booking is made at a shorter period of time before travelling. By using this data, a host can plot his pricing policy. For example, he may apply a discount 2 months before the summer season or decide to advertise his accommodation.

Regarding Athens, looking at the chart below, 88% of the accommodation available in the capital of the country is consisted of apartments, 11% are private rooms and 1% are shared rooms.  Of the total number of lodgings rented as whole apartments, they can accommodate an average of 4.2 guests and have 1.5 bedrooms.

Another useful conclusion from the chart is that in apartment lodgings, market revenue is rising steeply, culminating in the period between July and October 2018, when the amount reached $ 8,000,000.

According to the following table, there are currently 4,847 active hosts in Athens, of which 35% are Superhosts and 22% manage more than one accommodation. Also, 54% of listings are managed by hosts who also manage additional lodgings at the same time.  These are most likely property management companies.

Looking at the related data outside Athens, Zakynthos, in the category of lodgings that have been rented for 1-3 months in the last year comes first with 84%. It is followed by Kos with 79%, Mykonos with 76%, Crete and Corfu with 73%, Thessaloniki with 61%, Athens comes 7th in the list with 55%, and last but least, Santorini with 44%.

The number of people who chose short-term holiday rentals increased between 2017 and 2018.  In contrast, the satisfaction rate fell from 60% to 47%.  An element indicating that guests’ requirements are rising and suggesting that shifting to more professional services is advisable.

Airbnb and HomeAway presence in Greece

Below we see a comparison of the number of accommodations in Greece between Airbnb and HomeAway with reference to specific cities. Crete is by far the first on the list on both platforms. More specifically, Airbnb has 17,118 accommodations, while HomeAway has 6,565.

A very interesting table lists the 5 areas of Greece with the largest RevPAR Increase. Lefkada comes first with 167%, followed by Ermioni with 101%, Corfu with 73%, Glyfada with 45% and Tinos with 42%. Surely these are the areas that are worth the attention of future investors.

Airbnb and HomeAway listings are increasing in Greece

However, for apartment rentals, occupancy was down by 13%, RevPAR down by 28% and the average daily rate down by 17%. These specific negative metrics indicate an oversupply in the market.

Available properties for short-term lease in Airbnb and HomeAway increased by 240% over 2 years.

Another keynote speaker at the conference was Dr Sophocles Skoultsos. He holds a doctorate degree in the field of Management and Tourism specializing in Tourism Planning and Event Management. He teaches as collaborating teaching staff at the Department of Economics and Administration of Tourism of the Aegean University, based in Chios and at the Hellenic Open University, in the Graduate Management of Tourist Units. He is also head of the Department of Tourism Studies at the Metropolitan College of Piraeus.

Dr Skoultsos presented the results of a very interesting study by the Aegean University.

According to the study, in Greek regions, Attica comes first in short-term leases with 41%, followed by Crete with 20%.

Of the active hosts in Greece:

Number of people engaged in short-term lease besides the owner:

Days of rental time per year:

Dr Skoultsos also mentioned that the main reason of engagement is to bring in additional individual income and contribute to family income, while the owners themselves believe that this activity contributes to the national economy and the local economy, in addition to raising their standard of living.

At the presentation of Booking.com, according to its data, an increase of 50% is expected thanks to online platforms. In particular, short-term lease revenues totalled $ 46 billion in 2016, $ 83 billion in 2017, and in 2022 this figure is expected to reach $ 133 billion.

More and more visitors from Booking.com choose short-term accommodation. 35% of travellers using the Booking.com platform want to stay in an apartment, house or villa, while the increase in the number of short-term rentals compared to last year is around 20%.

Specifically in Greece, according to company data, the growth of the number of short-term rentals for 2017 and 2018 has reached 60%. In the corresponding period, overnight stays of short-term accommodation have increased by 250%. 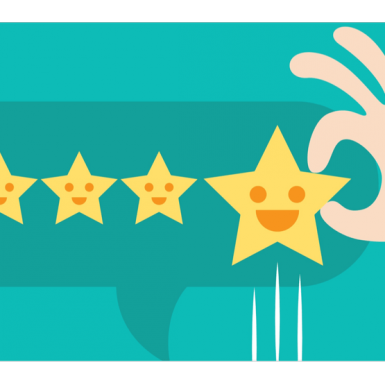